With this letter, which, according to diplomatic sources, is the product of many months of thorough work by the competent services of the Foreign Ministry, they reject in their entirety, all the allegations of the Turkish side, as they are legally, historically and factually unfounded.

Specifically, the whole of the Turkish argument regarding Greek sovereignty over the Aegean Islands with the alleged obligation of demilitarisation of these islands is rejected.

It is emphasised that this Turkish claim is a clear breach of both the letter and the spirit of the 1923 Treaty of Lausanne and the Treaty of Paris of 1947, which define permanent borders and territorial rights in the countries concerned, without any other terms or obligations.

It is emphasised that according to international law, when states conclude a treaty defining borders or territorial sovereignty, their main purpose is to achieve stability and finality.

For this reason, when a treaty defines a border or a definitive territorial settlement, that settlement is a real event in itself, which no longer depends on the treaty. Defining a border is an autonomous reality and creates permanence.

On the contrary, it is emphasised in the letter of the Greek Permanent Representative, that the Turkish unilateral objections are clearly undermining regional peace and security.

At the same time, it is emphasised that these islands, in accordance with the relevant provisions of the UN Convention on the Law of the Sea (Article 121 (2)), have rights to territorial waters, an exclusive economic zone and a continental shelf.

The letter also rejects in its entirety Turkey ‘s objections to the demilitarisation of the Aegean islands, stressing that these are provoked by Turkey with its actions.

There is also a clear reference to the escalation of Turkey’s aggression, invoking casus belli, as well as the deployment of a large number of military forces against the Aegean islands.

At the same time, the criminal behaviour of Turkey is pointed out with particularly threatening actions, both with the overflights of Greek territory, as well as with the harassment of Navy ships and research vessels.

The letter concludes by saying that Greece calls on Turkey to stop questioning its sovereignty over the Aegean islands, to refrain from the threat of use of force, thus violating Article 2 (4) of the UN Charter, and to stop carrying out illegal actions, which violate the sovereignty of Greece.

These practices, which suggest a spirit of revisionism, are completely outside the basic framework of relations between states, as defined by the UN Charter, pose a serious threat to peace and security in the region.

Finally, it is pointed out that Greece remains convinced that the two countries can resolve their only difference, namely the definition of the Continental Shelf and the Exclusive Economic Zone, in the context of good neighbourly relations and always on the basis of International Law. 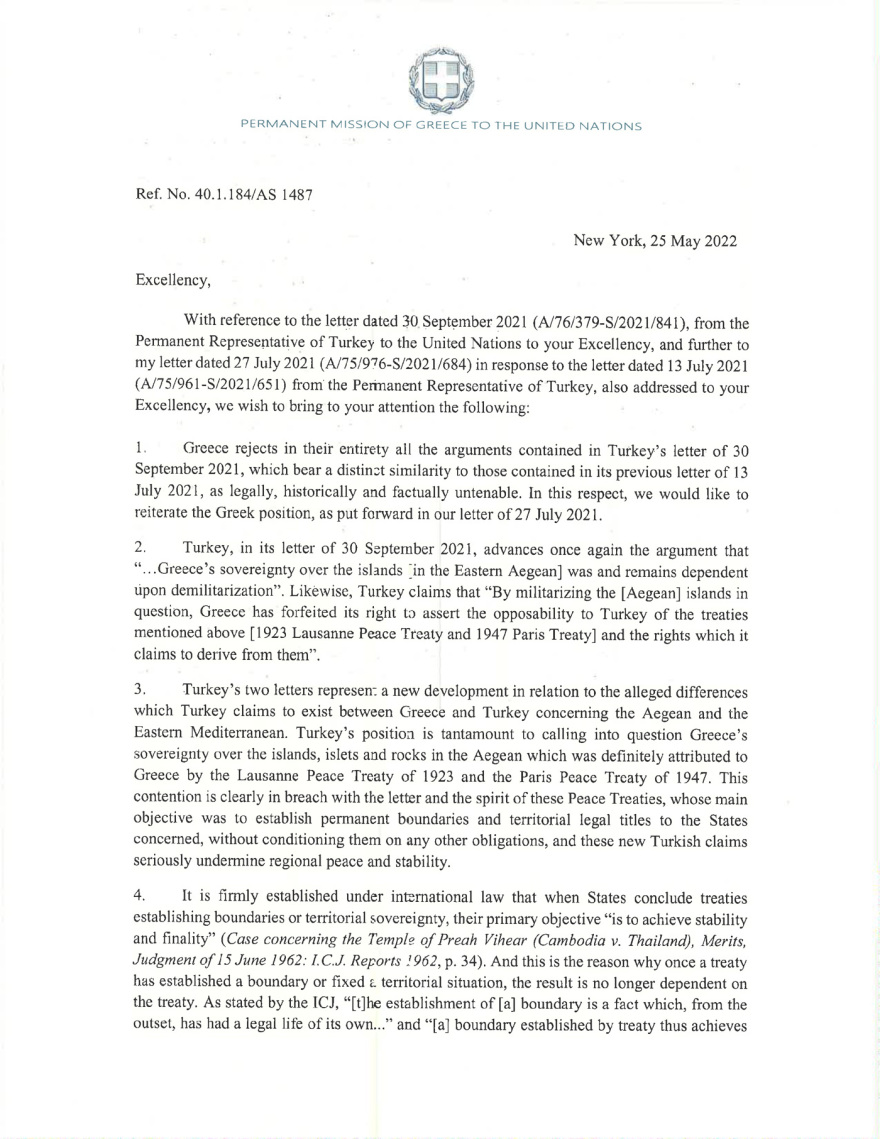 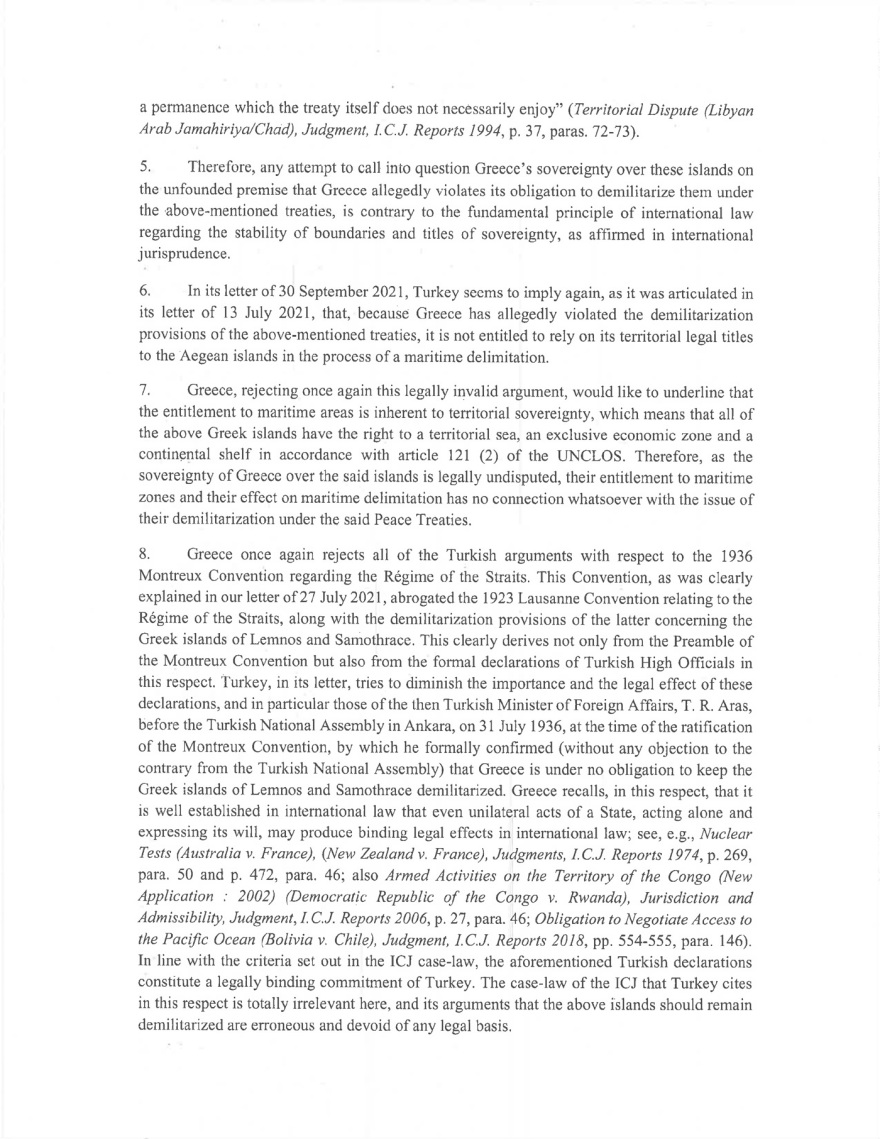 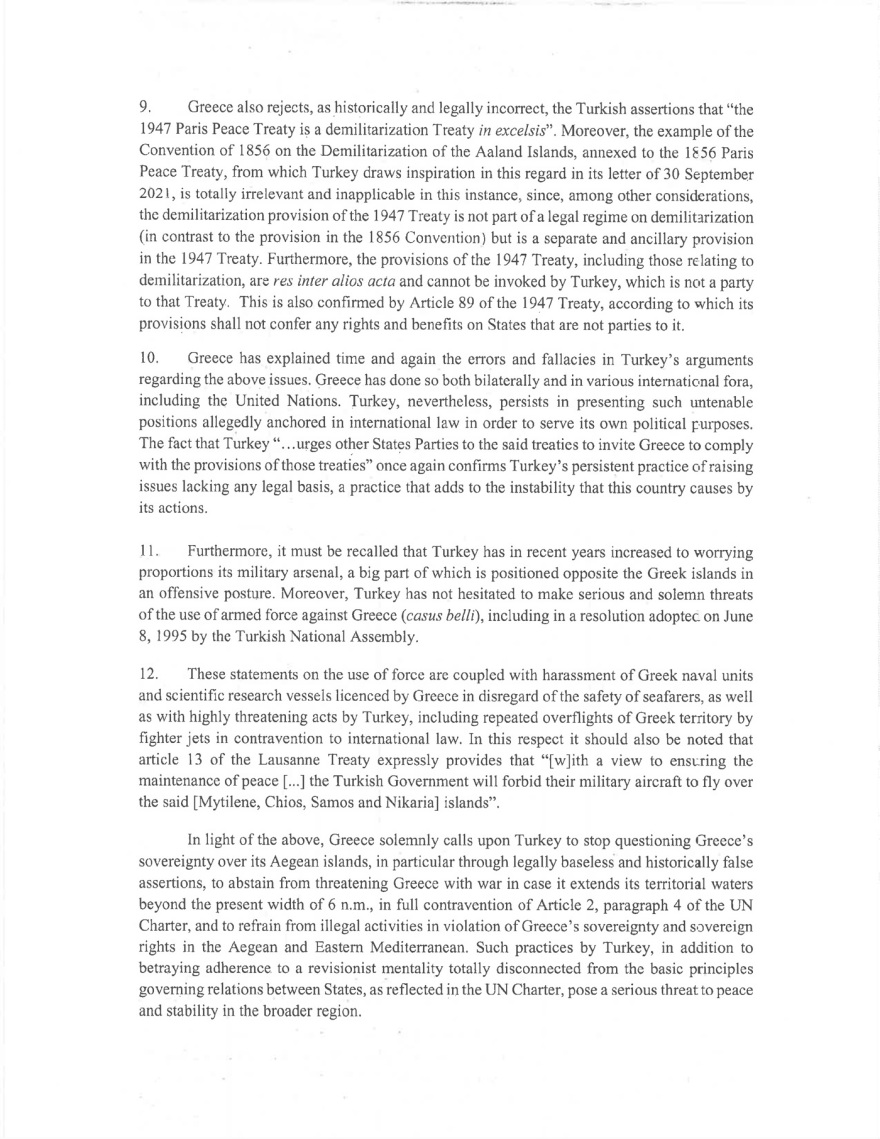 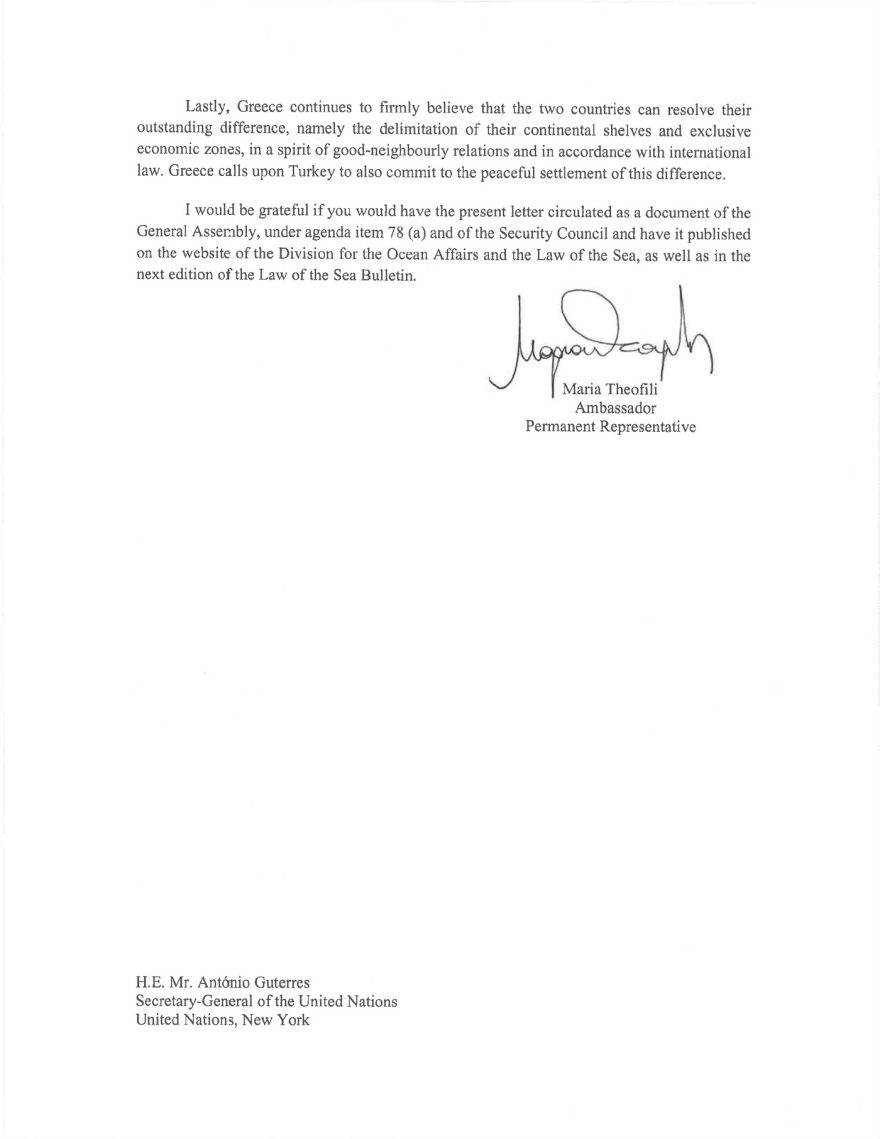 On Wednesday, during his visit to Davos at the World Economic Forum, Greek Prime Minister Kyriakos Mitsotakis vowed to defend his country’s sovereignty in the face of Turkey’s mounting revisionism.

In a discussion with President of the Forum Borge Brende, he sent a strong message to Turkey in the wake of recent statements by Turkish President Recep Tayyip Erdogan.

Responding to a question regarding Erdogan’s reaction and relations with Turkey, Mitsotakis said: “…we are [neighbours with Turkey], we always need to talk, and we always want to keep channels of communication open. We are never going to be the ones who will not talk with our [neighbours].”

Choosing which Greek island is for you? We've helped you out!